(An index to my other posts is available from the pull-down menus at the top of this page, and my blog home page and index of other posts may be found here.)

Bernie Sanders, U.S. Senator from Vermont and self-described socialist, has suspended his campaign for the Democratic Party nomination for president. Sanders was the lone remaining serious challenger to former vice-president Joe Biden. Along with Sen. Elizabeth Warren of Massachusetts, Sanders was also foremost among the representatives of the party’s left wing. In fact, he is officially not a Democrat at all, instead calling himself an Independent socialist but caucusing with the Democrats during his nearly 30 years in Congress.

Biden is the apotheosis of the Democratic centrist, in the mold of Bill and Hillary Clinton, Al Gore, and other veteran party insiders. He is himself an insider of the first order, having been elected to the U.S. Senate seven times and run for president almost continually since the 1980s.

Those in the left wing of the Democrats regard Biden as a compromised – and compromising – sell-out. The centrist Democrats see Sanders as an unelectable radical and something of an interloper. The two men represented the fractured and fractious party’s internal battle, and each side believes the other cannot win this fall’s election against Donald Trump.

A split Democratic Party is not an anomaly, but a recurrent feature of the party’s history. From the beginning of the Democratic Party in the Age of Jackson, regionalism and regional disagreements led to accommodationist practices. These became more pronounced after the Civil War, as Northern and Southern Democrats worked together in a testy coalition marked by an uneasy entente about segregation (described in this earlier post).

The current Democratic Party is divided over traditional issues of the Left, such as increased social benefits and wealth inequality. Parties of the Left in such nations as the United Kingdom and Canada have been marked by similar internecine battles that have hampered their success in national politics.

Such matters divided the Liberal parties in both the aforementioned nations in the Twentieth Century, and their responses were different in practice and in result. The Liberal Party of the UK was torn by internal disagreements about the extent of government involvement in social and economic reforms. One faction was led by David Lloyd George, the last Liberal Prime Minister and the primary proponent of reform. Inside the party, they fought with the centrist group over not only social welfare reforms but also over foreign policy – particularly disengagement from empire-building and a de-emphasis on military spending. World War One and its ruinous aftermath broke the party apart.

In the end, the left wing of the Liberals abandoned the party and combined with trades-unionist forces to make the Labour Party the second major political unit in the country (along with the Conservative Party). The centrists stuck around as a minor party, undergoing a series of coalitions with others and eventually joining another small party, the Social Democrats, to form the Liberal Democratic Party in 1988. Currently the “Lib Dems” hold just eleven of the 650 seats in the House of Commons, although they received about one-ninth of the popular vote.

In Canada, the Liberal Party split ended a different way. In 1961, labor groups and political leftists established the New Democratic Party (NDP) to promote policies more progressive than those of the center-left Liberals. When the left wing of the Liberal Party began to drift to the NDP, the latter grew in size and stature. NDP even briefly held a position as second-largest party in Parliament, serving as the Official Opposition to the Conservative Party between the elections of 2011 and 2014.

Except for that window, however, the Liberals remained one of the two leading parties in Canada, along with the Conservatives. One of the ways in which the Liberals managed to do that was through appeals to NDP supporters to engage in “strategic voting.” The idea was to persuade those whose ideology aligned with NDP to vote Liberal in order to prevent the Conservative Party from winning over a split progressive vote.

Currently NDP has 24 of the 338 seats in the Canadian Parliament, and is the fourth-largest party there, after the Liberals, Conservatives, and the French-Canadian nationalist Bloc Quebecois. NDP received 16 percent of the popular vote, more than twice that of BQ, but the latter’s heavily concentrated support gave them 32 seats to 24 for NDP.

The split among Canadian leftists has resulted in a total of 216 seats in Parliament spread across four parties while the Conservatives hold 121 by themselves (there is one independent MP). Thus the parties of the left must wrangle a coalition government under the leadership of the minority Liberal Party while the Conservative Party presents a united front. 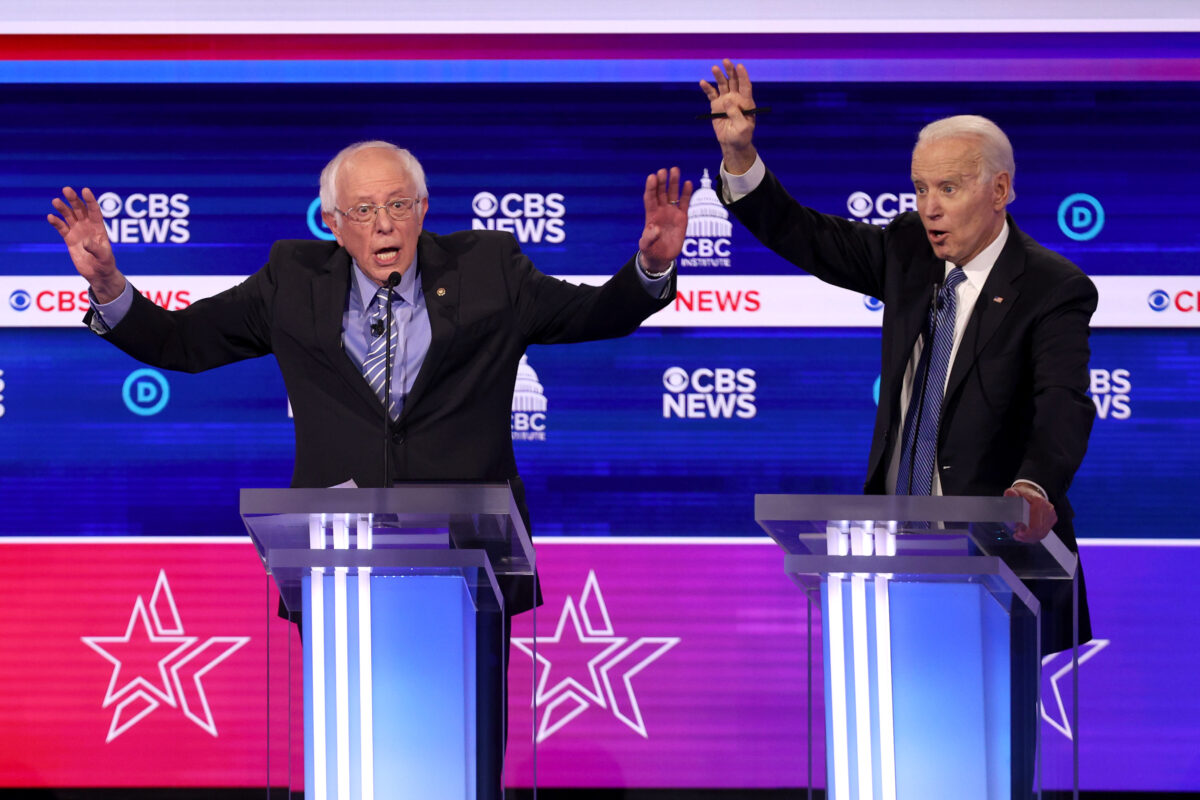 In the USA of 2020, the Democratic Party reran its 2016 candidate selection process under new conditions. Both times the Democrats had the opposite problem from the Republicans. In 2016, the Democrats had too few contenders and the Republicans too many. This year it has been the Democrats who had too many candidates, but in a strange twist, they wound up in the same place they were in 2016. Bernie Sanders, darling of the left wing of the party, was again the last one standing against the candidate chosen by the party insiders. This time Joe Biden took the place of 2016’s Hillary Clinton.

As in the previous selection process, the centrist party regular dispatched the representative of the Democrats’ more extreme wing. The Sanders cohort is outraged again and is making noises suggesting that many of them will again refuse to vote for the party’s nominee if it is not their favorite.

After the results of 2016, the party regulars are calling on the left wing to engage in strategic voting, insisting that it is more important to oust Donald Trump from the White House than to make a political statement about the way the party is run. The supporters of Sanders and the rest of the Democrats’ candidates of the left must make their choice to follow the UK’s Liberals, follow Canada’s NDP, or stay within the Democratic Party.

That is, will they join with another party of the Left (such as the Greens) in an attempt to permanently supplant the Democrats as the major opponents of the Republicans, split off to form a new party and hope to attract enough support to become a force in national elections, or return to the fold in order to deny Trump a second term.

As George Bush the Younger memorably mumbled, “Fool me twice – – – you can’t get fooled again.” After being disabused in 2016, will the Democratic Left decide that they would rather send a message to the Democrats than defeat Trump? And, if so, what will that message be?