It is easy to see that from our popular culture.  Who are the most intelligent or best-educated persons in our literature and film art?  Hannibal Lecter, perhaps, or Lex Luthor?  Evil people who scare the bejabbers out of us because we cannot predict what vile actions they may take against the rest of us they so despise because we do not recognize their genius.

When not portrayed as antisocial maniacs, intellectuals are derided as socially incompetent objects of ridicule.  Big Bang Theory, anyone?  Isn’t it fun to watch Sheldon, who is supposed to be a successful physics professor at CalTech – the best university of its kind – struggle with everyday interaction with ordinary people?  How about Ross on Friends, always being shushed when he tries to edify anyone?  Or Star Trek‘s alien (and alienated) Spock – emotionless, cold, and not even fully human? 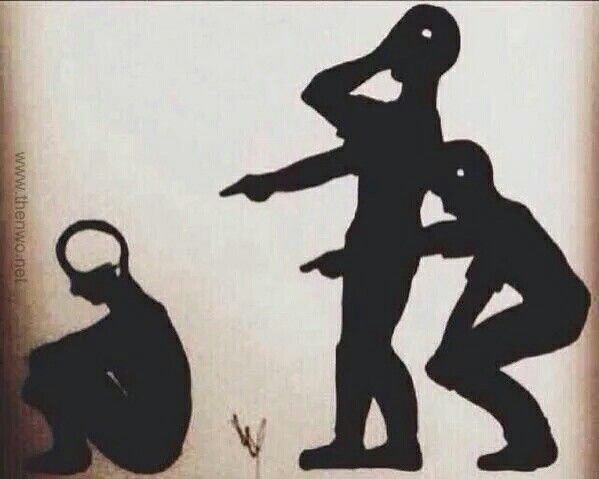 Even when intellectuals and deep thinkers are considered admirable people, they generally cannot perform their duties as heroes until they deny their intellect.  In To Kill a Mockingbird, when Atticus Finch demonstrates his manliness by shooting the rabid dog, he fails at first.  Only after he has symbolically denied his intelligence and learning by throwing off his eyeglasses and grinding them into the dirt can he dispatch the threat to his children and the rest of the town with a well-aimed rifle shot.

You can find an extensive listing and analysis of the denigration of knowledge and intelligence at the site TVTropes.  The writers there host a wide-ranging  collection of pop-culture traditions, many of which focus on the nature of our fascination with anti-intellectualism.

The United States was founded by intellectuals.  Our Declaration of Independence and Constitution were written by brilliant, well-read men with great respect for learning and analytical thought.  Jefferson, Madison, Adams, Franklin – all had great reverence for learning, reading, and the acquisition of a body of knowledge.

One of the relatively few American presidents who did not take pains to deny that he was well-educated, John F. Kennedy, made this remark when hosting a dinner for Nobel Prize winners: “I think this is the most extraordinary collection of talent, of human knowledge, that has ever been gathered together at the White House, with the possible exception of when Thomas Jefferson dined alone.”

Yet Americans enjoy seeing people who have great intelligence (and have cultivated it) knocked down a peg or two.  Many of the most common themes of both popular culture and popular history underscore this. For example, we have the ubiquitous country rube, unencumbered by advanced education or imparted theoretical knowledge, besting the so-called “expert” at his own game.  When the smart guy in Sling Blade can’t get his lawn mower started despite his analysis and investigation, the demented Karl wanders over, takes one look, and accurately announces, “Out of gas, mm-hmm.”  The man usually acknowledged as our greatest president, Abraham Lincoln, is celebrated as much for his success despite a lack of formal education as for anything else.

Whence comes our continual delight in anti-intellectualism?  Historian Richard Hofstadter, in his classic Anti-Intellectualism in American Life (1964), finds it pervasive in all generations.  Scientist and writer Isaac Asimov, who dubbed it “The Cult of Ignorance” in his 1968 collection Is Anyone There?, traces its origin to the fundamentally American principle of equality, which was definitely a new idea in the late Eighteenth Century: “The strain of anti-intellectualism has been a constant thread winding its way through our political and cultural life, nurtured by the false notion that democracy means that ‘my ignorance is just as good as your knowledge.’”  You can read Asimov’s January 21,1980, Newsweek article containing this statement here.

I would find the origin of American anti-intellectualism even further back than the new nation’s concept of equality.  At the beginning of the permanent European incursion into North America, particularly in the New England of the 1600s, the colonies were established by people of traditional Protestant ideals.  One of the most salient among these ideals is that knowledge comes not from study but from divine inspiration, not from reason but from revelation.  All knowledge necessary for life is believed to be contained in Scripture, not in rational discovery and discourse.  That is rooted in a notion from the Medieval period – that reason, being uniquely human, is therefore not to be trusted.  Reason is a trap.  It’s a snare.

The Puritan leaders of New England saw English America as fulfilling the prophecy of future governor John Winthrop, “We shall be as a city on a hill; the eyes of all people are upon us.”   Winthrop was alluding to a Scriptural passage, Matthew 5:14, “A city that is set on an hill cannot be hid.”  Winthrop and his successors saw America as a place where you did not sit around reading unholy books or doing scientific experiments.  America was where you forged out into the wilderness and made it yield to your will.

Throughout American history, education has never been associated with success and prosperity.  Bill Gates, smart and educated well enough to be admitted to Harvard as a National Merit Scholar, is glorified more for dropping out of that university than for anything he may have learned along the way.  Long before Gates were a plethora of others who made their own fortune, presumably without book-learning.  George Bush the Elder, born to wealth, privilege, and a Yale education, nevertheless has always portrayed himself as one who made his own way wildcatting for oil in west Texas.  You don’t need an education to punch a hole in the ground, strike oil, and make a million dollars.  Therefore education has been deemed appropriate only for sissies and effete snobs.  Does any language other than ours have a word like “over-educated”?  Does any culture other than ours have a hackneyed insult like, “You’re too smart for your own good”?

In fact, Asimov’s observation, “My ignorance is just as good as your knowledge” has been displaced.  Nowadays we are more likely to be confronted by the idea that “My ignorance is better than your knowledge.”  Charles Pierce, author of Idiot America, calls it “the ascendancy of the notion that the people whom we should trust the least are the people who best know what they are talking about. In the new media age, everybody is an expert.”

One need only look at the issue of global warming and climate change, where anyone hanging out in the park, the public laundry, or the coffee shop can assert that the whole idea is a hoax, because “the earth’s climate is cyclical.”  The implication is that the climatologists, earth scientists, and geophysicists who warn us about global warming don’t know that.  That is, of course, nonsense.  Yes, the earth’s climate is indeed cyclical, but how do we know that?  We know that because of all the research and analysis done by those same climatologists, earth scientists, and geophysicists whose work we now disparage.

A couple of years ago, Ray Williams wrote a column in Psychology Today cataloguing some of the best discussions of the “dumbing down of America.”  It’s still good reading today, and it can steer us to more trenchant analysis of where we are going, intellectually – and why.

One thought on “ANTI-INTELLECTUALISM: AMERICAN FROM THE START”