With Opening Day upon us, we should pause to remember why baseball is the greatest game in the world.  And since the number nine has special significance in baseball, let’s take a look at nine reasons why it is a better game than football or basketball, its two main rivals in popularity in the USA. (There are good things to be said about hockey and soccer, but they are really “niche” sports with a relatively small following of rabid fans. People in the USA either love them or ignore them; they have no national base of casual fans.) 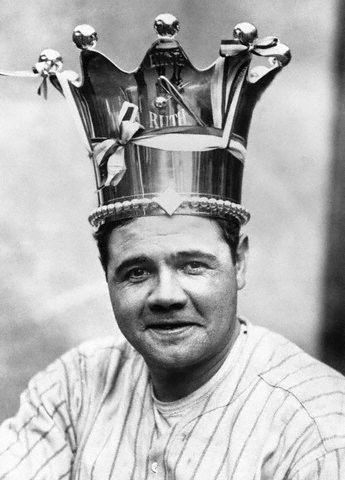 Baseball is played by normal-sized people.
A player six feet, six inches tall or 260 pounds is a giant in baseball, just as he would be in real life, while in the NFL or NBA, those dimensions are common. Historically, a lot of baseball’s greatest players – Mickey Mantle, Willie Mays, Stan Musial, Hank Aaron, Lou Gehrig, Walter Johnson, and many others, were between 5-10 and 6-1, weighing 170 to 200 pounds. As with Americans in general, baseball players – particularly pitchers – have been increasing in size in recent years, but the game is still awaiting its first seven-foot or 350-pound player. Overall, the baseball players size curve isn’t far from that of Americans in general.
More significantly, baseball has often featured players of truly non-athletic dimensions. Consider Fred Patek, whose career ended in 1981. He led the American League in triples and stolen bases at 5’4” and less than 150 pounds. Last year’s American League batting champion, Jose Altuve, is listed at 5’6″ and 165 pounds.  At the other end of the scale, baseball features some hefties. Major Leaguers have had nicknames such as “Fatty,” “Fats,” “Hippo,” and “Piano Legs.” John Kruk, who played through 1995, once remarked, “I’m not an athlete; I’m a baseball player.”
The most bizarrely-sized player ever was probably Hall-of-Famer Hack Wilson, who was 5-6 and 190 pounds. He had an 18-inch neck and wore a size six shoe.

Baseball does not tinker with the rules.
Every year the NFL and NBA tweak their rules to add more scoring, cut down on injuries to quarterbacks, or counteract some strategic ploy invented by a coach. If baseball did things the way those two sports do, they’d be constantly moving the fences in and out, adjusting the dimensions of the strike zone or the field, and changing the number of balls and strikes allotted to each batter. But the last time baseball modified the configuration of the playing field was in 1893, when the distance from pitcher to batter was moved to 60 feet, six inches.
When we watch baseball players today, they are essentially playing the game by the same format that was in effect in Honus Wagner’s day. Baseball rarely makes even minor changes to its rule book.  The last major rules change in baseball was the institution of the designated hitter over forty years ago. The National League has still not adopted it, and a large portion of baseball fans (including me) continue to wish they would get rid of the DH for good.  This leads directly to the next entry:

Each player must exhibit all the skills of the game.
Except for the anomaly of the DH abomination, every player has to bat, field, throw, and run the bases. Baseball does not have one-dimensional players like those in the NBA who are not expected to shoot the ball, or are not expected to rebound. Every player must take a turn at bat. Not every player is expected to do it well, but every player must do it.
There are no one-job specialists, with which football is replete. Everybody in baseball must be able to perform every aspect of the game – except designated hitters who don’t do anything but bat and the resulting pitchers who don’t bat. The game needs to fix that.
Again, this leads directly to the next entry:

When the game is on the line, you can’t just turn to your best player.
If it’s the bottom of the ninth inning and the score is tied, you can’t just put the bat in Miguel Cabrera or Jose Altuve’s hands. You have to go with whoever is next in the batting order, or send in a pinch hitter from the bench.  You have to go with whoever is on the mound, or take him out for the remainder of the game.
It isn’t the same as basketball, where you can get the ball to Michael Jordan whenever you care to. It’s different from football, where you can hand the ball to Marshawn Lynch three plays in a row.
In addition, baseball has no free substitution. If you take a player out of the game, you can’t put him back in. If you want to have a player in the game later, you can’t take him out just because the game situation accentuates his weaknesses.

Baseball players don’t have to pretend to go to college.
Baseball has its own minor league system instead of relying on colleges and universities to provide it. Unlike the NFL or NBA, baseball allows players to enter the game whenever they are able to play at the necessary level of skill. Football players must spend at least three years in college and basketball players one. Baseball players – if they choose the college route – cannot enter professional ball for three years, but there is no requirement that they go to college at all.
Although he later apparently changed his tune, Ohio State quarterback Cardale Jones certainly reflected the attitude of most college football players with NFL aspirations when he tweeted, “Why should we have to go to class if we came here to play FOOTBALL, we ain’t come to play SCHOOL classes are POINTLESS.”
The NBA has its “one-and-done” policy that compels NBA hopefuls to spend at least one year faking college. In reality, it’s “half-and-done,” because once they’ve stayed academically eligible through the first semester these players can blow off schoolwork because their grades for the second semester won’t be official until long after the season is over. Many of them are not seen on campus after the season-ending team banquet. The same is often true of those who stay in college for four years – many of them don’t graduate either.

Baseball is attentive to its history.
Baseball has a history and is proud of it. Ninety percent of the sports memorabilia market is baseball. The baseball Hall of Fame attracts more interest than all the others put together.
Everybody knows baseball’s past stars. Watch little kids playing ball today. When one of them takes a huge swing and misses, his friends will all laugh and say, “Who do you think you are – Babe Ruth?” Ruth played his last game 80 years ago and died in 1948, but he still represents the game like nobody else.
Football fans don’t know anyone they haven’t seen play on television. Most wouldn’t know Joe Montana, let alone Joe Namath. While teaching a high school class in Ohio, I mentioned Woody Hayes. Out of the 30 students, only three said they knew who he was. I asked one of them – who was on the football team – to identify Hayes, and he replied, “Wasn’t he a baseball player?” True story.

Baseball is self-policing.
There is no penalty box in baseball. No moving a player farther from the goal for misbehavior. No penalty shots, no do-overs, no adding or subtracting strikes or outs as punishment. In fact, there is no punishment a player, manager, or coach can receive in a game other than being ejected from it.
So what keeps players in line? Other players do, by means of the “unwritten rules.” Violating expectations of sportsmanship will result in punishment in the course of play, often in the form of a knockdown pitch or a deliberate hit batter. For example, there is no rule that says a batter cannot look down at the catcher’s signs to the pitcher, but if he did he would find the next pitch coming right at him. The catcher would give the sign for something low and outside, but the pitcher would throw it up and in. So batters don’t do that. Players’ actions are kept under control not by official penalties for “taunting” or “excessive celebration,” but by the unspoken traditions of the game, enforced by the players themselves.

Almost anything can happen at almost any time.
Baseball is a game of inner rhythm. The ball is live and in play most of the time, even if it appears that nothing is happening. Time-outs are relatively rare, and even when the pitcher is just holding the ball, speculation is constant about what he might do with it. Base-stealing, pick-off attempts, and balks can occur any time there are runners on base, and a mistake or lapse of attention by a player can have consequences when an alert opponent takes advantage of it. All through the game, players and coaches are communicating with one another to prepare for the next play or series of plays.
Football has much more time when the ball is not in play and nothing can happen. Unpiling, spotting the ball, moving the chains, moving players on and off the field, lining up, running out of bounds, and incomplete passes are just some of the causes of dead time. Basketball can be the same way, with time-outs, fouls, out-of-bounds, and substitutions leading to stoppages. The last five minutes of a basketball game can take twenty minutes to play, with no action at all occurring in most of that time.
What is curious is that it is baseball that is perceived by some as a game that is too long, and where too much time is spent without anything happening. Yet, according to studies by the Wall Street Journal, the average NFL game takes three hours and twelve minutes, with only eleven minutes of actual play, while a typical baseball game takes just under three hours and has 18 minutes of “action” (pitches, batted balls in play, baserunners advancing).
Which leads to the final entry:

There is no clock in baseball.
In baseball, time is measured in outs. Each team gets all of its opportunities to score, no matter how long that takes. If your team is ahead and the other team is batting in the bottom of the ninth, you have to give them their licks at the plate. You can’t go into a four-corners stall to run out the clock. You can’t run a few plays into the line to run out the clock. You can’t do anything to run out the clock because there is no clock.
The team at bat can stay at bat as long as they can keep putting runners on without making outs. Unlike football and basketball, baseball players have no fear of running out of time while they are mounting a comeback.
Yogi Berra sagely observed that in baseball, “It’s not over ‘til it’s over.”  But in football, games often end with the team that is in the lead “taking a knee” two or three times while the clock keeps running. The game is actually over before it’s over.
But in baseball, as Roger Angell noted in the best book about the sport I’ve ever read, The Summer Game, “all you have to do is succeed utterly; keep hitting, keep the rally alive, and you have defeated time. You remain forever young.”
What a concept.  What a game.