Since the beginning of 2016, the world’s stock market indicators (Dow Jones Industrial Average, FTSE, Nikkei, etc.) have seen a precipitous decline. By the middle of January, the DJIA had lost an astonishing 1,437 points. Chinese stocks are now officially in “bear market” status. Most observers are blaming this on the continuing drop in the price of oil, which is below 30 dollars a barrel, a level once unthinkable. Energy-related stocks are being particularly hard hit by declining stock prices.

Two things, it is often said, drive the stock market – fear and greed. Right now, fear approaching panic has a grip on things. Many small investors are so freaked out that they are selling their 401(k) and IRA holdings and converting them to cash. This is rarely a good idea when stock prices have been taking a dive, and it is almost never a good idea when stock prices have already taken a dive.

The good news for holders of retirement vehicles such as IRA and 401(k) accounts is that the decline in stock prices benefits you, and the younger you are, the more benefit you are getting.

The oldest mantra in investing is, “Buy low and sell high.” When you have a plan such as a 401(k), you are almost certainly putting aside a given amount of money by having it withheld from your paycheck and invested in a personal retirement account. That’s the key to the situation now. Are you buying, or are you selling? If you are putting money into a 401(k) or a similar account, you are buying. And the price of what you are buying is going down. As the price of equities declines, you are acquiring more of them for the same amount of money. Then, as you near retirement and the point where you will be selling – taking money out of your account – you will have more shares to sell.

If you are young, you have many more years to amass value in your retirement account, so declines in the market today work in your benefit. If you are near retirement age, declines in the market will be working against you. As you get closer to retirement, you should be gradually moving your holdings out of equities and into stable-return investments such as bonds to preserve your capital.

Those investors who have sold out and gone to cash during this market decline are missing out on a great buying opportunity. Those who have been fretting and gnawing their knuckles as the DJIA goes down and down, finally deciding to sell after most of the decline is over, will take a real beating on those sales. They will also probably be the ones who wait too long to get back into stocks after they have started to increase in price again. Thus they will be “whipsawed,” losing money as the market goes down and losing more as the market goes up.

Thus if you’re in your 20s or 30s, do not consider the current state of the market a bad thing. For you, it’s a good thing. The price of what you are buying is going down, which should be an indication that you may want to buy more of it. Then, when the price is high, you’ll want to buy less of it. If that seems counter-intuitive, perhaps you should invest your money in something very stable, leave it there, and ignore it until you need it, never having to worry about what the stock market is doing. 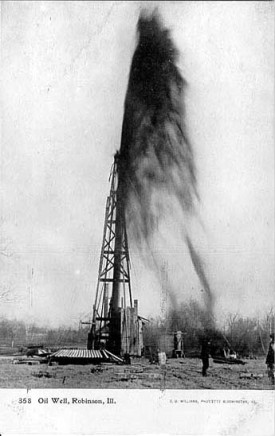 That’s the good news, investor friends. Here’s the bad news: the price of oil is at historic lows. While that may mean you can fill up your car with gasoline for 20 dollars again, and your winter heating bill will be lower than last year, it also does not bode well for responsible energy consumption and development.

At this week’s North American International Auto Show in Detroit, the most popular displays are of vehicles that are not exactly gas-sippers. The low price of gasoline will no doubt cause an increase in sales of high-performance cars, enormous trucks, and SUVs that suck fuel like bulldozers. At the same time, it will turn the attention of consumers away from the booming alternative-energy industry. The price of developing solar and wind power has been coming down rapidly, and the more it is used the faster that price decline will be.

Energy pricing is a delicate process, and it is influenced by everything from geopolitics to popular culture. The key to energy pricing is that it must have both broad availability to people all around the world in all economic situations and wide adherence to responsible usage. The conflict occurs because in order to promote availability energy must be priced low, and in order to promote responsibility it must be priced high.

There is a third aspect to energy development, and that is sustainability. To be sustainable, energy must be priced right – which is to say its monetary cost and its environmental cost must be in balance.

Since we are discussing investments and having enough to live on indefinitely, we should look at the energy question the same way we would look at the investment of money to produce income. Traditionally, the way the rich have handled their wealth (and the way the rest of us wish we could), is to invest capital without reducing its amount, and live off the income from that investment. That is, if you have ten million dollars, you invest it, preserve it totally, and live off only the interest and dividends that it produces. (This is expressed a bit more fully in my earlier blog found here.)

Think of energy resources in the same way. The earth has a constant source of energy income – the sun. For millions upon millions of years, energy from the sun grew plants which fed animals which fed other animals. At the end of their lives, these plants and animals turned into organic material which eventually became oil, coal, and natural gas. These became our “energy capital.” The earth saved these resources until very recently, when humans began using them at a much, much faster rate than they could be replenished.

What we have been doing over the last few centuries – at an ever-increasing rate – is squandering our capital while ignoring our income. As solar energy (and by extension, wind energy, because winds are caused by the uneven heating of the earth’s surface) has come to us freely and constantly, we have ignored it (or worse, wasted it) while spending our amassed capital like fools on vacation.