The United States government has been in partial shutdown for over a month. Some Federal employees are not working; some are working and not getting paid (yes, that’s legal). The shutdown results from a stalemate between the president and the House of Representatives. President Trump wants $5.6 billion for his “great wall” between the USA and Mexico, and the Democrats who control the House don’t want to give it to him.

That’s the issue in its simplest form. The odd thing is that this is not about The Wall. It is more complex than that. Its origins are years in the past. The situation as it exists today because politics is, as they say, “the art of the possible,” and one side of the dispute does not understand how that works.

In 2015 I published a post in which I pointed out that Trump is not ideologically suited to being president. At the time I attributed that to his adherence to the “run-it-like-a-business” school of governing theory and his lack of experience in the workings of an operation (government) with divided powers.

It is now clear that Trump indeed was ignorant of the way government works, but that should have been no surprise to anyone. What is surprising – to me at least – is that in the two years he has been president, he has not learned a thing in that regard. He still believes that government can be run like a privately-held corporation in which the CEO says what he wants and the employees give it to him. He appears to believe that all Federal employees, not just those who report personally to him, serve him and his purposes.

The saddest fact about our president is not that he his ignorant; it is that he refuses to learn. He has apparently not learned even the most elementary things about American Congressional government. Perhaps the two fundamental things we are taught in junior-high-school social studies classes are separation of powers and how a bill becomes a law. Yet our president still does not display any understanding of those two rudiments.

That is evident from the current shutdown over The Wall. In our representative form of government, the way things get done is that bills are prepared and introduced in Congress, where they are debated, revised, and voted on. If passed, they are sent to the president, who signs them, doesn’t sign them, or vetoes them. Laws are not made by the president shutting down the government to force what he wants. 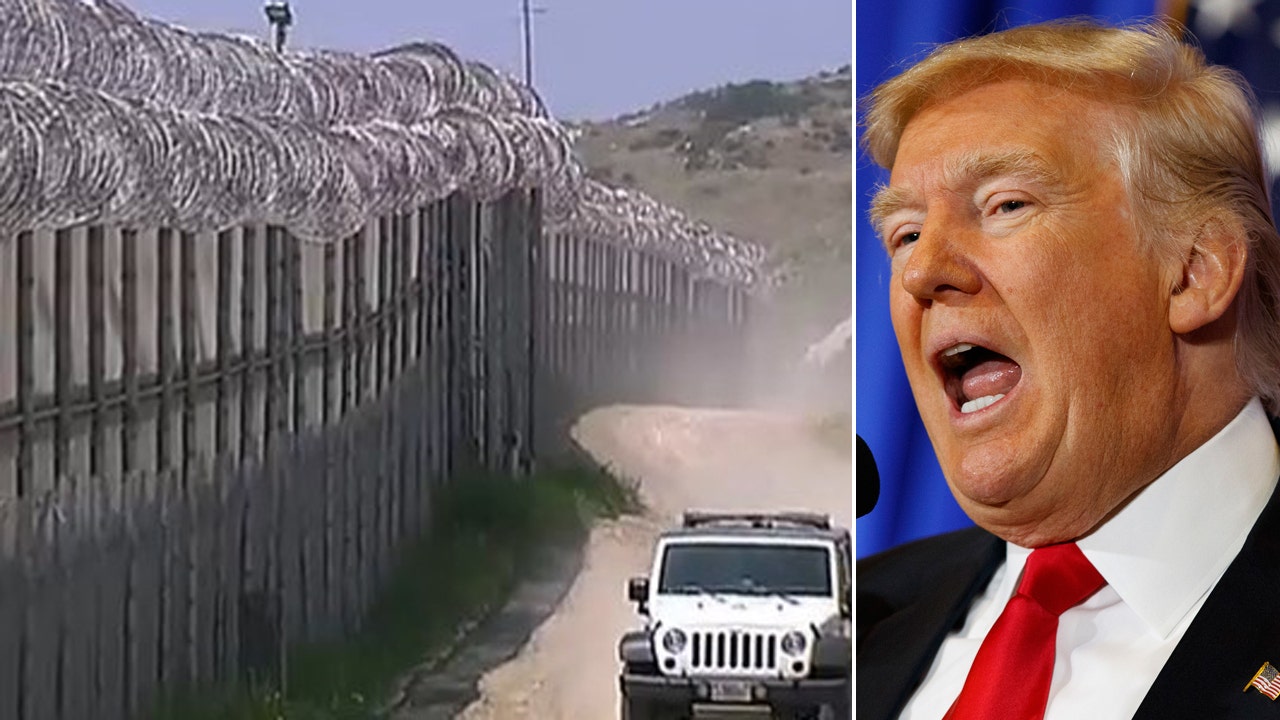 The Wall was a central part of the Trump platform in 2016, and he knew or should have known that his voting base would be unhappy if they didn’t get it. For two years, the Republican Party held majorities in both houses of Congress as well as the presidency. But they never got around to funding The Wall. In the 2018 election, control of the House of Representatives passed decisively to the Democrats, and suddenly The Wall became the most important matter in Washington.

Last year the Democrats in Congress offered $25 billion for immigration and border security (wall and all) in return for legalization of the “Dreamers” (undocumented aliens who were brought to the USA as children and remained). President Trump did not take the deal, presumably because his base would have decried it as “amnesty for illegals.” The lame-duck session at the end of 2018, in which Republicans still controlled the House, did not consider a bill to fund The Wall.

In mid-December, with the clock ticking on continued funding of government operations, the Senate unanimously passed and sent to the House a clean, unencumbered Continuing Resolution to keep funding the government without directly addressing the wall or Dreamer issues. The president had indicated he would accept it (Senate Majority Leader Mitch McConnell would not have let it come to the floor otherwise), but before the House could vote, right-wing commentators such as Ann Coulter and Rush Limbaugh pronounced stern criticism of the plan. Limbaugh railed that Trump would get “less than nothing” and Coulter called him a “gutless president in a wall-less country.” The next day president told House Speaker Paul Ryan not to bring the bill to the floor. Now the same Continuing Resolution has passed the House, and the Senate that passed it before won’t even vote on it now.

In old Western movies, the worst thing that could happen to anyone being chased was to find themselves in a “box canyon” with only one entry/exit. Unable to keep running, they would have to shoot their way out. Trump built his own box canyon and doesn’t have the firepower to escape.

As noted above, Trump does not understand how government works. “The art of the possible” means the art of compromise, and he does not know what a compromise is. In his mind, compromise is when you argue and fight until one side capitulates and the other side gets what it wants. The only modification he has tried is to take away something the other side wants – in this case, continuation of deferred action on Dreamers, which he ended in 2017 – and then offer to give it back in return for what he wants.

Trump publicly told Democratic Congressional leaders Nancy Pelosi and Charles Schumer that he would take full responsibility for any shutdown, but within ten days he was placing all the blame on them. You can see and hear his conflicting statements here.  He has no doubt been told that, historically, blame for government shutdowns has landed on the president, and he is hoping that his base won’t care about his flip-flop. He is probably right about that, but his base alone cannot get him much of anything.

Why is The Wall so important? Actually, The Wall per se is not important. It is accepted by most clear-thinking observers that The Wall is unnecessary and ineffective. It won’t stop people from being in the country illegally, because the majority of undocumented aliens have entered the country legally and overstayed their visas. It won’t affect the entry of terrorists (nearly seven times as many terrorists have been apprehended entering from Canada as from Mexico) or drugs (illegal drugs come into the USA primarily through ports of entry, not across open-range borders).

The Wall was the campaign issue that resonated most with Trump’s supporters in 2016. He told them repeatedly that he would get it built, and they responded with chants and cheers. Both he and they think he owes it to them. But The Wall is a waste of time and money, and most people in the government know that. It’s why it never came up in the Senate in 2017- 2018; there were not enough Republican votes to pass it.

There are many terms for this – casus belli (“the reason for the fight”) and political football are two. Movie director Alfred Hitchcock popularized the term McGuffin, which he described as “the thing that the spies are looking for, but the audience don’t care.” That is to say, The Wall itself is irrelevant. What makes it powerful is the opportunity it provides for one side or the other to be able to say, “Ha, ha! We beat you!”