“When we try to pick out anything by itself, we find it hitched to everything else in the Universe.”

So wrote naturalist John Muir (1838-1914) in an often-misquoted observation in his 1911 book, My First Summer in the Sierra.  He had expressed the same idea – in similar words – decades earlier, which suggests that it informed his work throughout his long career.  As the age of globalized industrialization has expanded, we have learned how prescient Muir was.

Last Friday, Bill Maher scored a coup in his HBO program Real Time with Bill Maher by opening the program with a conversation with Xiuhtezcatl Martinez (watch it here).  Regular readers of my blog know that I have maintained a strong interest in the work of young Mr. Martinez and provided recurrent updates on his activities (here is the earliest such post, with links to the others).  As a warrior for the Earth and the Future, he has kept up a nearly non-stop pace of appearances as a music performer, speaker (including three speeches at the United Nations), and plaintiff in a landmark lawsuit to compel the United States government to protect the integrity of the environment as a natural right of future generations. 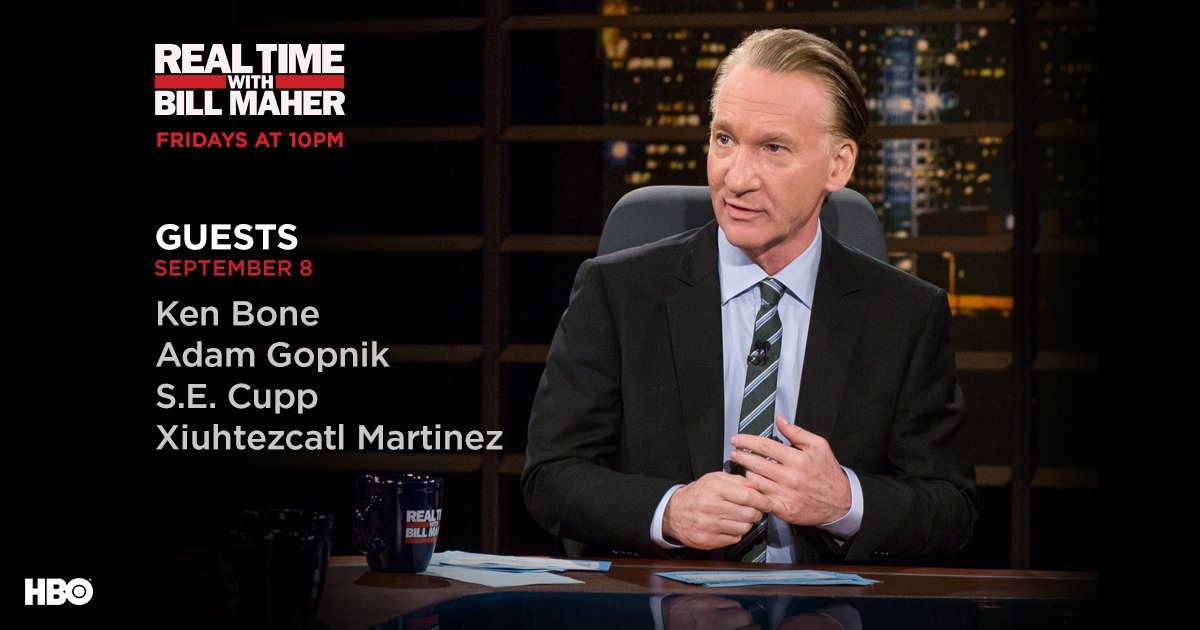 In his discussion with Maher, Xiuhtezcatl (by calling him that I do not mean to be condescending to his youth– he and I are on a first-name basis) echoed Muir by saying, “Climate change is the defining issue of our time.  It connects every other problem.”  Maher – a long-time advocate of climate activism – agreed, saying, “If you don’t solve that issue, there are no other issues.”

Maher’s underscoring of the importance of climate change is, of course, appropriate, but it addresses the issue in the opposite way from that of his guest.  While the host rightly pointed out that failure to address the issue of human-caused climate change will render other matters secondary, Xiuhtezcatl defines the subject to include both causes and effects and the interrelation of lifestyle and social attitudes with economic and scientific concerns.

Merely saying that climate change caused by global warming – which is itself caused by human activity – is the salient issue does not encompass the interconnectedness of all the environmental, economic, political, and social influences and effects that lead to and result from climate change.  In a previous post I pointed out how wars, droughts/famines, and mass migrations are connected to climate change.  It is also important to note that our habits of life affect climate change in definable ways.

It is reassuring to note that such things as air and water quality have improved dramatically in much of the United States in the last 45 years.  When I worked in Cleveland in 1968, as I went from my suburban home to my job near the center of the city, I saw every day the brown haze that covered the skyline.  The industrial areas stunk, and the river caught fire on more than one occasion.  Flying over the Great Lakes, one saw the smog covering Detroit and other cities was horrendous by today’s standards, and each river mouth spewed a large brown smear across the surface of the lake water.

Federal regulations such as the Clean Water Act and Clean Air Act did much to clean up these problems, and emissions standards for automobiles have been remarkable successful in diminishing their contribution to air pollution.  But the underlying problem – too many cars on the road (with all the concomitant issues that result from it) – has actually gotten worse.  Public transportation remains a minor matter in all but a few cities, buses and trains no longer carry people from town to town, and urban sprawl requiring long (and often slow) commutes in single-occupant cars remains problematic.

In 1970, Lake Erie was nearly dead, eutrophic from the wash of nutrients (chemicals such as nitrogen and phosphorus that accelerate plant growth) from farm runoff and city sewage.  Although much remains to be done, increases and improvements in wastewater treatment have at least mitigated the city sewage problem. The agricultural contribution to lake contamination has been a harder one to resolve.

The Western Basin of Lake Erie is very shallow, and thus subject to warming and algae blooms.  Last year the city of Toledo, along with those of its suburbs that use Toledo-supplied water, had to shut down use of municipal water for a week because of excessive algal toxins  .  Such a condition could recur this summer or in any to follow.

While the Great Lakes showed improvement in water quality for the last quarter of the Twentieth Century, the amelioration has slowed and in some instances reversed.  What has changed?  Although better agricultural practices have reduced the amount of nitrogen and phosphorus entering the Great Lakes, a surge in Concentrated Animal Feeding Operations (CAFO ) is contributing a massive amount of runoff in the form of nutrient-rich animal waste.

Americans’ love for meat has created industrial farms to produce the quantities of beef, pork, and chicken needed to meet demand.  These are not small feedlots.  They can scarcely be described by the word “huge.”  Thousands of animals are confined in pastureless lots or buildings, often with not enough room to turn around.  Chicken and egg factories can hold hundreds of thousands of birds.  There is virtually no requirement that the animal sewage be treated comparably to municipal wastewater.

The largest watershed contributing to the Great Lakes is that of the Maumee River in Ohio, Michigan, and Indiana, with its mouth at Toledo, in Lake Erie’s Western Basin.  There are 146 registered CAFOs in this watershed, and their combined sewage effluent is greater than that of the municipal systems of Los Angeles and Chicago put together.  Yet the requirements for treatment are minimal, often because the regulatory agencies are run by agricultural interests.

As Xiuhtezcatl Martinez told Bill Maher, “Climate change . . . connects to every other problem.”  The continued unacceptable pollution of the Great Lakes – which contain 20 percent of the world’s supply of fresh water – is a result of our eating habits.  The amount of corn used for animal feed at CAFOs is colossal, and the growing of that corn adds yet another dimension to the problem.  There has been some merriment caused by mention of the contribution to global warming from the methane produced by cattle farts, but it is not a laughing matter.  And when the nutrients from CAFO runoff spur algae blooms, the algae will eventually and decompose, creating more greenhouse gases.

John Muir was right.  Xiuhtezcatl Martinez is right.  Everything is connected, and the connections are often hard to follow.  Remember that the next time you slap that two-pound pork roast on the grill or bite into that half-pound cheeseburger.  Everything we do has environmental consequences. It is incumbent upon us to stop dithering, stop arguing over settled science, and act now to ensure a future for our descendants.

3 thoughts on “CLIMATE CHANGE AND EVERYTHING ELSE”