In the course of the last week or so, there has been a cacophony of yelping and side-taking in the case of Ahmed Mohamed, the 14-year-old freshman at MacArthur High School in Irving, Texas.

Ahmed is the budding engineer who built an electronic clock at home, brought it to school to show his teachers, and was subsequently arrested. The story goes that one of his teachers thought the clock was a bomb, the police were called, and they took Ahmed away and held him for a couple of hours on suspicion of terrorism. 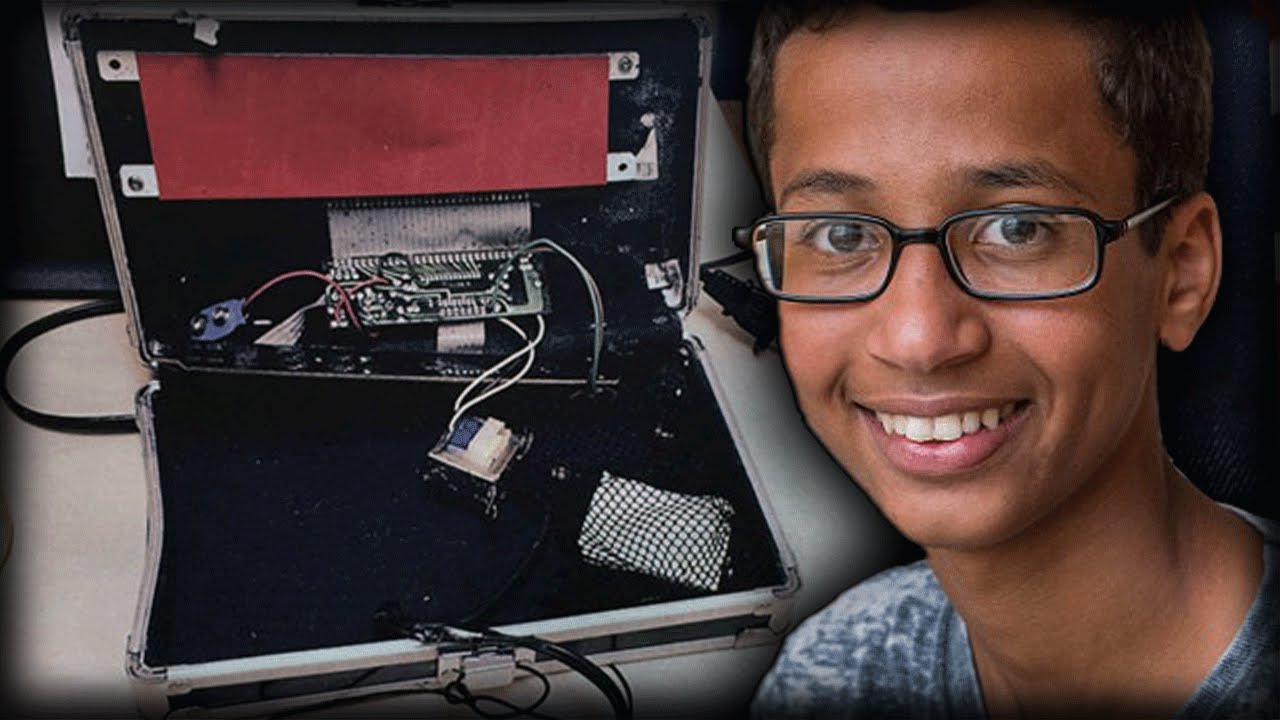 Everybody with an axe to grind jumped in on one side or the other. Some saw it as racism (based on Ahmed’s ancestry), and some saw it as example of an anti-Muslim prejudice perceived to be widespread in Irving.  The other camp approved of the school’s actions,  placing them on a spectrum of approval ranging from “a response that may have been a bit overzealous but nonetheless justifiable,” to “better-safe-than-sorry,” to the profiling argument, “radical Muslims all over the world are bombing things, so any Muslim should be presupposed a terrorist.”

That last concept was put forward by Bill Maher on his eponymous HBO program and is, frankly, the very definition of prejudice (from the Latin prae– [before] + jūdicium [judgment], thus “to make a judgment before knowing the particulars of the person or the case”). I would be very hesitant to start down the road Maher is traveling there; it has never brought anything but conflict and trouble.

So let’s start with the facts as we best know them. I wasn’t there and neither were you, so we have to rely on the reports of those who were. Fact one is that Ahmed’s father is from Sudan and the family has been in the USA for over 30 years, and fact two is that Ahmed is a bright and creative young man who likes to tinker. After that it gets a little murky.

Apparently, Ahmed built his clock from some circuit boards, wires, and a numerical display, stowed it in his backpack, and took it to school to show his engineering teacher. The teacher viewed it approvingly, but cautioned Ahmed to keep it out of sight in his backpack. Later, in an English class, the device beeped and the teacher wanted to see it. After she did, she reported to school administration that Ahmed had a device that looked like a bomb. It was said that she noticed the time readout and – having watched a lot of movies and cop shows, in which bombs invariably have a time readout in plain view so that the audience can see how close detonation is – assumed the worst.

Later during the school day, Ahmed was taken out of class to the principal’s office, where he was confronted and questioned by teachers, administrators, and four police officers. He was then arrested, taken into custody, and placed in juvenile detention for a couple of hours. He was later released without being charged, but his clock was confiscated.

The reaction was swift and mainly pro-Ahmed, with encouragement and support shown by a range from ordinary folks on social media to Google’s Sergey Brin to Facebook’s Mark Zuckerberg to President Barack Obama on Twitter (“Cool clock, Ahmed. Want to bring it to the White House? We should inspire more kids like you to like science. It’s what makes America great.”). Twitter, in fact, blew up with tweets hashtagged “IStandWithAhmed.” Paul Thornton of the Los Angeles Times saw in Ahmed’s story an indictment of an educational system that produces teachers too incompetent to tell the difference between an clock and a bomb.  Some other observers have tried to redirect the discussion by contending that Ahmed didn’t really “invent” the clock, but put it together from a kit – as if that makes a difference other than to try to portray him as less intelligent – or the ludicrous accusation that he deliberately built a fake bomb to cause a panic at school.

Nobody thought it was a bomb.

Or, if they did, it was the dumbest reaction to a bomb in human history. If you are in a position of authority in a public building – particularly one with a lot of kids in it – and you think somebody has a bomb, what’s the first thing you do?  Before you call the cops, before you do anything else?  You evacuate the building.  You get the occupants of the building as far away from the bomb as you can.

Nobody evacuated any building or area. Nobody summoned the bomb squad. If they actually believed the device was a bomb, then their response was as inconceivable as believing the building was on fire but neither pulling the fire alarm, nor evacuating the students, nor calling the fire department. Just discussing it, and then summoning four fire prevention officers without so much as a fire extinguisher, let alone response trucks.

So, if they didn’t think the device was a bomb, what was this all about? Was it Islamophobia? Was it racial profiling? Was it an overreaction to a nerdy 14-year-old with the rather shy and reticent personality of an engineer? What?

My guess is that – although some of that may have been part of it – it was primarily none of the above. It was the kind of awkward situation that arises in schools that enforce a “zero tolerance” policy on issues such as violence. The kinds of schools that suspend kids for pointing at another student because the gesture resembles a gun, or confiscate students’ nail clippers, or prevent students from saying such childish phrases as “You stink,” or “I’m gonna get you.”

Observers of education have noticed a peculiarity about “zero tolerance” schools. The students are less creative, less curious, less interested in learning how to think. They are instead duller, more passive, and inclined not to question what is told to them. The case of Ahmed Mohamed no doubt resonates with those observers, since they see that the response to a student’s intellectual curiosity, inventiveness, and desire to produce something on his own is to ignore all that and focus instead on the extent to which it violates The Rules. I feel sorry for the students being taught by such misguided educators.