There are two major political parties in the United States.  A bunch of minor parties also exist, but very few people express an adherence to them.  Almost all who declare a preference choose the Republican Party or the Democratic Party.  The largest cohort of citizens, however, is officially Independent, expressing no party affiliation.

That is not to say that they have no party affiliation, only that they are not registered as members of a party.  In a few instances, that may be because State laws restrict the ability of minor parties to be listed on the ballot by requiring some number of signatures on a petition or some percentage of votes in the last election.

However, the biggest reason people are not officially members of a political party is simply that the vast majority of Americans do not vote in primary elections, where one must declare a party allegiance in order to vote for candidates (those who do not declare may still vote on issues).  The percentage of voters who turn out for primaries is astonishingly small, for a handful of reasons.

The most patriotic thing one can do in a democracy is vote.  It is the duty imposed on a free citizenry, and is the way that the people at large can exercise their influence in government.  Yet even in the best of turnouts, half of Americans don’t vote.  A third of Americans never vote.  An unknown percentage of Americans are eligible to vote, but are not registered, and of those who are registered, fifty percent is a big turnout in a general election.  A comprehensive tabulation of primary and general election turnout by State since 1787 can be found here.

In primary elections – even in presidential election years – participation is so poor that a tiny minority of the electorate decides the outcome.  In this year’s presidential primary elections, only one State, New Hampshire, saw participation exceed one-half (and there, just barely, at less than 53 percent).  No other State saw even two out of five voters (40 percent) show up at the polls. 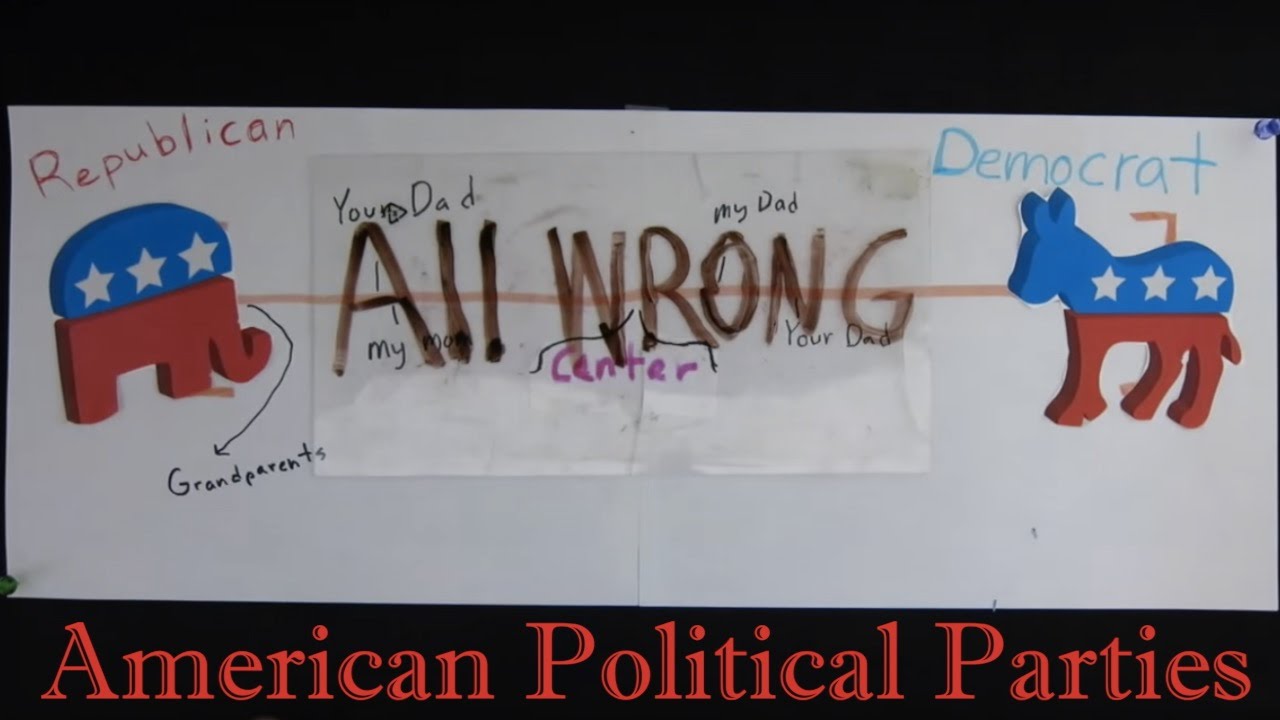 In most democratic nations, people are not reluctant to share their political views and party affiliations.  But in the USA, such sharing is rather rare.  Some fear getting into political arguments.  Some fear losing friends (Americans are unusual in that many see political opinions that differ from their own as near-treason).  Some believe that their bosses or clients may retaliate against them for being of a different political persuasion.  I once had a co-worker who changed his political party every time the party of the president changed.  Another refused to vote in primaries because he didn’t want to announce his party affiliation.  If you asked him which party he belonged to, he would never tell, but after only a few minutes of conversation it was obvious where his sympathies lay.

I wonder if so many Americans do not like to announce their political party simply because they would have a hard time explaining their choice.  How do people become Democrats or Republicans, anyway?  I have heard a few explanations, although some are hard to figure.  A friend once told me, “I’m a Republican because my father was a farmer.”  What one thing has to do with the other eludes me.

There is the simplest explanation.  Perhaps we choose our political party the way we choose our religion – we are born to it.  Most people pick a party early in life and stick with it all the way, adopting its principles and adhering to them even as they change.  People for whom analytical or interpretive thinking produces anxiety find comfort in being able to turn to their party’s (or their religion’s) official position on complex issues.  Instead of working to establish our own system of values and then finding the political party (or church) that most closely aligns with them, we are more likely to do the opposite.  We look at our party or religious denomination and then adopt the values it champions.

I used to think that the religious analogy was the most accurate way of explaining party affiliation but I don’t think that any more. I changed my mind because of the 2016 presidential election.  Never have two more disliked candidates opposed each other; never have both Republicans and Democrats had more reason to desert their parties at the same time.  The Democratic candidate, Hillary Clinton, used to be a Republican and can be perceived as more like a Republican than the Republican candidate, Donald Trump, who used to be a Democrat.

There have been similar cases before – Ronald Reagan, for example, switched from Democrat to Republican.  But in his case, he actually held views that were not just Republican, but representative of the (then) extreme wing of the party. Trump, on the other hand, professes many views that are not traditionally Republican, and Clinton has always been in the more conservative wing of the Democratic Party.  But not all that many Republicans have deserted Trump for Clinton nor, for Democrats, the other way around.

This brings me to my current outlook.  I no longer think that people think of their political party affiliation the way they think of their religious affiliation.  It is more like their sports affiliation.  In each professional (or college) sport, people pick a favorite team and they generally stick with it.  If they like Notre Dame football, Duke basketball, the Boston Red Sox,  or the Dallas Cowboys, nothing can change that, including personnel.

If you are a Red Sox fan, for example, for several years Jacoby Ellsbury was your guy.  However, after he signed with the Yankees, he became an object of your contempt.  For Yankee fans it’s the other way around.  Aroldis Chapman has been a much-maligned player because of his history of domestic violence issues.  Yankee fans no doubt disliked him intensely until he signed on with the team.  Now he is on the Chicago Cubs, and I have heard no calls from Cubs fans to let him go in free agency after this season. [Update: Yes, he did leave in free agency – back to the Yankees.]

Take a look at your favorite team.  Be honest – if one of the many players accused of wife-beating, cheating, use of PEDs, or even homicide joined your team and was productive would you not support him?  If Barry Bonds, Alex Rodriguez, or – heaven forefend – O.J. Simpson was able to come out of retirement and contribute to a team’s success, would not his shortcomings or crimes be dismissed in the minds of that teams fans?