On the 18th of January, 2018, Amazon announced the list of cities comprising the twenty finalists for the corporate behemoth’s “Second Headquarters.” The plan to create the facility was unveiled four months before, and it was truly a game-changer. The three-card-monte-writ-large whereby giant companies goad local governments into giving away the store in order to bring in a “job creator” is an old one, but Amazon redesigned it in Twenty-First Century style.

The way it has worked in the past, the huge corporation proposes to build a manufacturing center or other facility in some city or State on the condition that the local government provide huge tax breaks and other benefits in return for “all the jobs that will be created.” If the city/county/State officials do not offer enough, the corporation starts teasing another city/county/State, resulting in either a capitulation by the first entity or a race to the bottom by both to see who can give up the most. You can find out how this has commonly worked in the corporate world of professional sports in my earlier post.

The city councils and other civil authorities, of course, do not want to be crucified by their constituents for losing “all those jobs,” so they will pony up astonishing dowries to attract the corporate suitors. Eventually, the corporation and the city or State celebrate the great deal with a joint press conference that will provide limitless sound bites for use in the next election campaign. Some months or years afterward, construction is finished and another joint photo-op ensues. Rarely, if ever, does anybody check up later to evaluate the actual benefit – or lack of it – to the taxpayers.

Amazon’s remarkable new strategy is to emulate the character in the television commercial, who searches for a mortgage online from home in his underwear, boasting, “The banks come crawling to me.” Amazon made the announcement of their proposed Second Headquarters from their First Headquarters in Seattle. Instead of going on a nationwide tour of potential sites, the company stayed home and let the cities come crawling to them, obsequiously offering the financial equivalent of their first-born children in return for “all those jobs.” Instead of being the searcher, Amazon became the object of the search.

Although Amazon established a set of criteria that fewer than 30 USA cities could meet, many who didn’t qualify entered the game, with a total of over 200 expressing interest. Baltimore’s mayor announced the city would “pursue this opportunity aggressively.” Mighty New York lit the Empire State Building in orange, Amazon’s corporate color, to show their sincerity. Even a foreign city, Toronto, entered what its mayor called “the Olympics of bidding.”

Perhaps the most outlandish promise came from Stonecrest, Georgia, which has been an incorporated city for only a year. Its city council voted to split off 345 acres for the establishment of a new municipality to be called Amazon, Georgia. That sort of branding opportunity is rare indeed!

But it is one thing to offer cheesy PR tricks to attract attention. Amazon boss Jeff Bezos is waiting for the supplicant cities to “show me the money!” Tax incentives are more important than orange-tinted skyscrapers or unusual gifts such as a cactus over 20 feet tall (Tucson) and the promise of a legal holiday honoring the company (Charlotte). So now that Amazon has announced the 20 finalist locations where it might deign to set down its new roots, what really matters is the number of taxpayer dollars to be given in tribute.

This is the way it purportedly works: the city offers tax abatement and other incentives as a quid-pro-quo. The corporation provides “all those jobs,” and the city lets the corporation avoid being taxed. It sounds like a fair deal when it is presented as a means whereby the local economy will be ginned up by the presence of a whole lot of new workers with new paychecks and incomes to be taxed. Thus the tax abatement more than pays for itself, right?

Perhaps you have heard the adage, “There’s no free lunch.” Those incentives aren’t free. When you eschew millions of dollars in taxes for public infrastructure, public services, schools, and so forth, you have to hope the millions provided by income, sales, and property taxes from “all those new jobs” will amount to a greater sum. In addition, infrastructure costs will be increased by the load imposed by the newcomers seeking “all those jobs.”

Does the bargain pay off for anyone but the corporation? And what is the consequence if it doesn’t? There is a watchdog group, Good Jobs First, that tracks this sort of thing. Their Subsidy Tracker Database keeps a roster of cost-benefit analyses for corporate relocations. Their 2013 report on big public-private deals of this sort traces their origin back 40 years, to an incentive package Pennsylvania put together to lure a Volkswagen factory. That one cost 100 million dollars, but since then, the price has gone stratospheric with some deals reaching ten figures, topped by Boeing’s nearly nine-billion-dollar deal with the State of Washington. 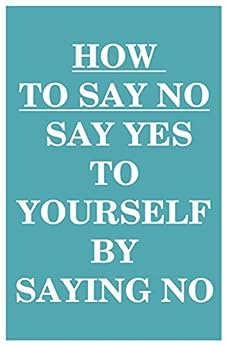 An investigative report in Louisiana found that the State handed out over $11 billion in tax incentives between 2008 and 2015. Meanwhile, tax revenues decreased noticeably, the State budget for higher education was slashed, and the additional cost to each individual property taxpayer was an estimated $2,500. At the same time, Louisiana saw an increase in unemployment of over 50 percent, second highest in the nation.

In addition to the failure of most incentive packages to provide anything but tax losses, the price-per-job determination does not exist in a vacuum. The calculation must also include existing jobs lost. For example, the Institute for Local Self-Reliance keeps track of Amazon’s doings. In a 2016 report, ILSR demonstrates how Amazon keeps wages low and working conditions difficult while driving competitors out of business. The result is that historically Amazon has eliminated more American retail jobs than it has created, and those jobs lost are mainly in the locally-owned businesses ILSR champions.

Why do Americans keep falling for this corporate trick? Because it promises something for nothing? Because it gives them civic bragging rights? Because they don’t care enough to do the analytical thinking required to see how they are being fleeced? I don’t know.

But I do know that some places are starting to wake up and smell the meadow-muffins. Little Rock, Arkansas, took out a full-page ad in the Washington Post for a mock break-up letter to Amazon telling them to take their blandishments elsewhere. San Jose, California, refused to play Amazon’s game, with the mayor calling it “a bad deal for taxpayers.” An op-ed in the Las Vegas Review-Journal outlined reasons that city should say no.

It takes courage for cities and States to refuse to pay the bribes demanded by corporations in return for plopping down. It takes commitment to community betterment for civic leaders to turn down the immediate gratification of acquiring a big business enterprise when the ill effects will not show themselves until the politicians who invited them are departed from office, leaving someone else to carry the can for their irresponsibility. But some are starting to do just that. It’s a welcome sign for ordinary folk.