Two years ago the nation went through a spasm of agonizing about what should be done with public monuments to Confederate leaders. After considerable debate, that issue was in most cases decided in favor of removal of such monuments. If not destroyed, they were interned in museums or private holdings.

That is as it should be. Some argued then, and some still argue now, that deposing Robert E. Lee, Stonewall Jackson, Jefferson Davis, and the rest of the Confederate generals and politicians who fought for the perceived right to own other people constitutes “destroying history.” In fact, that is not so. As I wrote in a post here at the time, history is not the same thing as iconography. The former is about the active study of the past; the latter is about whom and what we choose to honor in the present.

Since the first large-scale efforts at removing statues of Confederate generals from public parks and the names of racists from public university buildings, the issue of the legitimacy of such an act has been largely resolved. It has become customary to agree that there are certain people and certain ideas that should not be the objects of community honor.

As is the case in most breakthrough ideas, the establishment of legitimacy is only the first step. Once we have determined that some who have been pronounced heroes were in fact not heroic, our task becomes that of determining the cases in which previous honors ought to be rescinded, and in which they ought to remain. Situations differ.

Such a situation is playing out now at Bowling Green State University, in Bowling Green, Ohio. Not only is that school the public university nearest to my home, but also it is the one from which I received my master’s degree. I suppose that puts me in the position of more than just an observer in the unspooling of events there.

In 1977, BGSU established the Gish Film Theater, named in honor of Lillian and Dorothy Gish, two Ohio-born sisters who were prominent actresses in the silent film era. Lillian Gish had a longer and more influential career than her sister, and her earliest stage performance occurred within a few miles of where the Gish Film Theater is located. Recently, the campus building of which the theater was a part was renovated, and the theater was relocated into the campus’s Student Union building. At some point after that, the theater’s name came under scrutiny because of one of Lillian Gish’s early film performances.

In 1915, Gish played a major role in the controversial epic film The Birth of a Nation, which both broke new ground in the development of cinematic arts and sciences and provoked contentious racial divisions. The film, set in the American South in the years during and just after the Civil War, presented distorted and denigrating caricatures of emancipated slaves and other African-Americans, and portrayed the Ku Klux Klan as the defender of Southern honor and of Southern women threatened by depraved African-American men. The use of white actors in black makeup and the presentation of racist whites and servile, self-denigrating African-Americans as admirable caused civil disorder at some showings and resulted in the cancellation of others. The release of The Birth of a Nation is often credited with fueling the resurgence of the Ku Klux Klan in the 1920s, when it became a powerful nationwide phenomenon and important political and business leaders were included in its ranks. 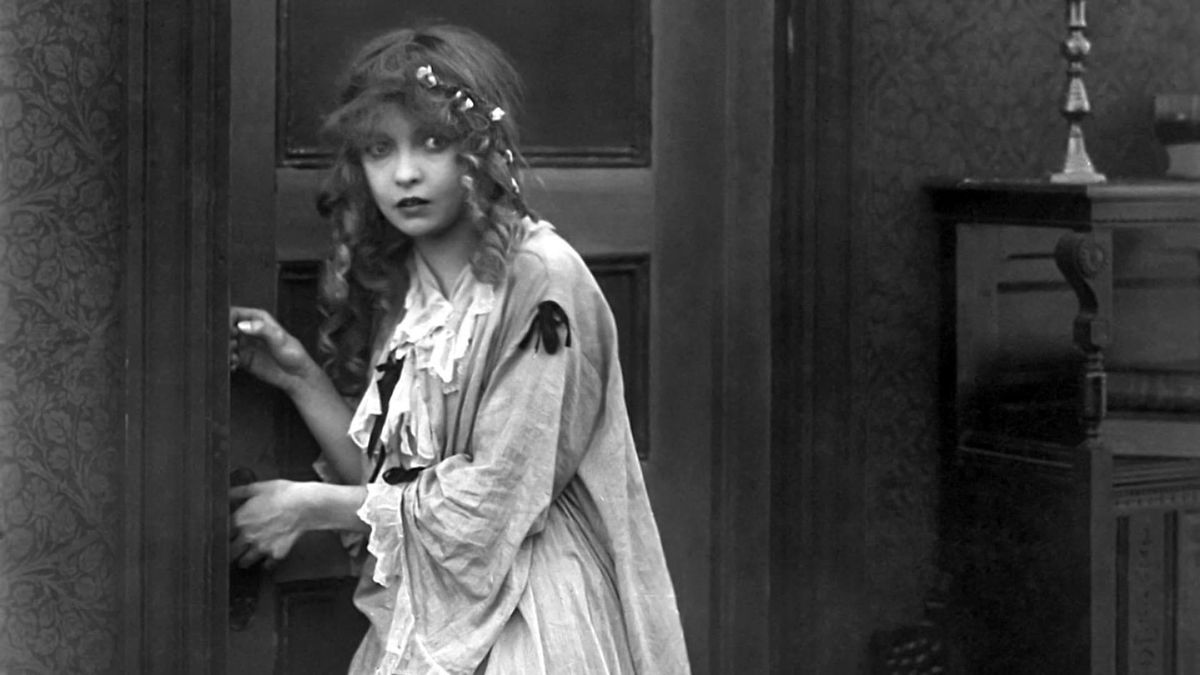 The controversy at BGSU today revolves around whether an actress who appeared in a movie with racist themes should have her name on a theater at a public university. While there is not currently a widespread call to remove Gish’s name from the theater, the issue has brought forth plenty of discussion and the establishment of a task force to evaluate the situation and produce a recommendation. [Update: the BGSU Board of Trustees ultimately voted unanimously to remove the Gish name from the theater.]

Opinions vary. Task force member and BGSU Black Student Union president Kyron Smith made it clear that neither the task force nor the BSU is now calling for a change in the theater’s name. Meanwhile, student Amber Childs said, “To not take any action would be to prove that Bowling Green is not as inclusive as what they love to say,” drawing a comparison with the removal of Confederate monuments in the South.

I certainly would not classify Gish in the same cohort as those such as Stonewall Jackson or Confederate vice-president Alexander Stephens. Apart from their service to the perpetuation of slavery (Stephens’ apologia for the Southern cause is found in his “Cornerstone Speech”), there is little if anything worthy of commemoration in their lives.

In the case of Lillian Gish, however, her appearance in The Birth of a Nation is a tiny part of her immense body of film and stage work, which itself is only part of her legacy. She made her first movie in 1912 and her last film appearance in 1987’s The Whales of August, when she was 93 and for which she received that year’s Best Actress award from the National Board of Review. The online All-Movie Guide describes her as “the motion picture industry’s first true actress,” and Turner Classic Movies states that her performances “elevated not only her stature as an actress, but also the reputation of movies themselves.”

After Gish’s death at the age of 99, her estate endowed the Dorothy and Lillian Gish Prize, awarded to “a man or woman who has made an outstanding contribution to the beauty of the world and to mankind’s enjoyment and understanding of life.” Winners of this prestigious award comprise an international and intercultural A-list of diversity and progressive thought. They include Spike Lee, Isabel Allende, Chinua Achebe, Maya Lin, Bob Dylan, and Ornette Coleman, among others. In his 2013 acceptance speech, Lee remarked on the importance of The Birth of a Nation in his own development as a filmmaker.

Yes, Lillian Gish appeared in The Birth of a Nation.  She was a working film and stage actress for 75 years, and that was one of the motion pictures in which she appeared. She was then 21 years old, and I do not think that she worked on that film in the expectation – and certainly not the hope – that it would inspire a resurgence of the Ku Klux Klan. And who among us would want our entire lifetime to be defined by the worst thing we did when we were 21?

Her autobiography includes a segment about the nature and sentiment around The Birth of a Nation where she acknowledges that she discounted the director’s concept of the film: “His claim that history books falsified actual happenings struck me as most peculiar. At that time I was too naïve to think that history books would attempt to falsify anything.”

Film is an art form. Actors and directors are artists. Directors create the contextual basis of a film and hire actors by contract to provide their artistic services. Art is not intended to please everyone who encounters it; it is intended to cause those who encounter it to reflect on it and how it informs and relates to their own lives. As time and civilization progress, art is re-evaluated within changing times and circumstances. The free expression of art is one of the most important aspects of a free society.

Lillian Gish was a busy professional during the silent movie era. In 1916, she starred in Intolerance, by the same director who had made The Birth of a Nation, D. W. Griffith. Intolerance was Griffith’s defensive reaction to his previous film, and it expresses a criticism of the prejudice and discrimination that run through history and underlie people’s inhumanity to others. Three years later, Gish starred in Griffith’s Broken Blossoms, a powerful story of platonic love between a Chinese man and a young English woman, made during a time when anti-Asian bigotry held sway in America. In 1946, Gish played a major role in Duel in the Sun, another indictment of racial bigotry (in this case, against a mestiza).

BGSU’s Distinguished Professor Emeritus Ralph Wolfe, the driving force behind the establishment of the Gish Theater, points out that “her role had nothing to do with slavery,” adding, “The Klan is in it, but that part of the movie did not pertain to her performance.” Wolfe also points out that throughout her life Gish always declined invitations to appear at screenings of The Birth of a Nation – which, by the way, has never been shown at the Gish Theater.

Lillian Gish’s legacy is far more than having been an actress in a movie that depicted gross racism and glorified the Ku Klux Klan. It would be no more appropriate – perhaps even less appropriate – to use The Birth of a Nation to pull her name from the Gish Theater than it would be for the city of Bowling Green to change the names of its Washington Street and Jefferson Drive because those two Founding Fathers held slaves. Indeed, they were imperfect men, but the good they produced is worthy of remembrance while their shortcomings are acknowledged. So let it be with Lillian Gish.

One thought on “HONORS AND RACE RELATIONS”